Saraykapi in Diyarbakir was defined as “JITEM headquarters”. The prosecutor used the following expressions in the indictment:

“It is decided that there is no need for an additional prosecution, because the crime syndicate under the name JITEM has decreased it’s illegal activities after the Susurluk accident. The suspects’ relations to the organisation diminished after they were retired from duty in Diyarbakir and their criminal actions dropped due to prescription.” The following names appeared as suspects in the indictment: Hamit Yildirim, who was caught in Şirnak’s Kumçati town a year ago, and was arrested by the court he was referred to; Mahmut Yildirim with the code name ‘Green’; Aziz Turan (Abdülkadir Aygan) who has an arrest warrant and Savas Gevrekçi. The suspects face aggrevated life imprisonment for ‘willful murder’, as well 20 years of imprisonment for ‘encouraging the public to revolt and kill each other’. While Musa Anter appear as murderer in the indictment, Organ Miroglu was listed as the victim.

* JITEM (Gendarmerie Intelligence and Counter-Terrorism in English) is the intelligence agency of the Turkish Gendarmerie, which is claimed to have been active in Turkish-Kurdish conflict.

** Later named the Susurluk scandal, the car accident that happened near Susurluk in Turkey’s Balıkesir Province, involved a parliamentarian, a police official and a fugitive rightist militant member of a shadowy illegal organization. 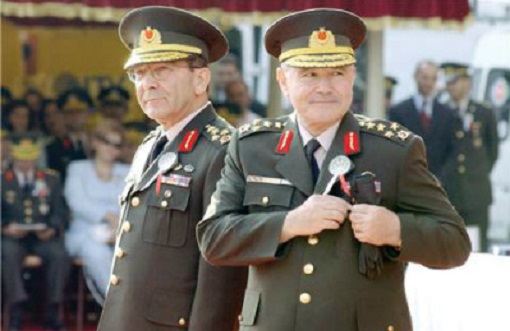 İsmail Saymaz During his questioning, Yalman acknowledged the existence of JITEM. He stated that while he was on active …read more >