Last Saturday on October 10th, a horrendous massacre took place as a result of the bomb attacks targeting civil society organisations, parties and individuals, who were in Ankara assembling for a ‘Peace Demonstration. Based on verified identities, Democratic People’s Party (HDP) declared the number of deaths to stand at 128 as of October 12th. This was the latest and deadliest among a series of linked bombings that targeted mostly leftist and Kurdish peaceful demonstrators, the previous two being in Amed on 5th of June and Suruc on 20th of July. Below you will find statements from People’s Democratic Party – one of the leading political parties in Turkey whose – as well as from Amnesty International and Human Rights Watch.

Scroll down for statements from Amnesty International and Human Rights Watch.

On October 10th, a Peace Rally that brought together many civil society organizations, revolutionary unions, and progressive and democratic parties, among them HDP, was the target of a horrendous attack. Unfortunately, at least 128 of our fellow citizens were murdered in this attack, and hundreds wounded. We are concerned that the death toll may rise, as 48 among the wounded are in critical condition. This attack will go down as one of the bloodiest in the history of our republic.

There are clear links between the attacks on our party’s rally in Amed on the 5th of June in 2015, in which five of our citizens died and more than 200 were injured, and the suicide bombing in Suruc on the 20th of July 2015 in which 34 of our citizens were killed during a press conference by youth from across Turkey in support of Kobane, as well as the suicide bombing on yesterday’s Peace Rally in Ankara. To date, none of the politicians in power has been held accountable regarding the previous two attacks. From the political rhetoric of Prime Minister Davutoglu and the ministers he appointed, as well as that of President Erdogan, we see no political accountability with regards to this bloodiest attack in the history of republic. On the contrary, their public statements show a readiness to blame the victims of this attack and our party. Such a political tendency also shows that those responsible for this massacre will also be not brought to justice, and that even the investigation may be hidden from public scrutiny. The Prime Minister’s Office has already censored media coverage of the Ankara Massacre, suggesting that the government will be protecting not only the agents of this attack, but also those in political and administrative positions who paved the way for it.

Regarding this chain of massacres, we have a number of expectations and clear demands from the international community and from political leaders. In making this call, we wish to underscore that the Ankara massacre and the aforementioned previous attacks are international in scope, and to make clear that we see the potential for such events to open the way to regional insecurity.AKP’s policy of relying on radical groups as proxies, which began with President Erdogan’s support of, and even channeling through the intelligence organization MIT, the activities of such groups as ISIS, Al-Nusra, andAhrar Al-Sham—used particularly against Kurds in Rojava—is at the heart of today’s tragedy.

President Erdogan aims at the realization of a “Turkey-type presidential regime” which will render him as the sole political authority in Turkey. In order to achieve this, Mr. Erdogan needs his party AKP to secure the majority of the seats in the parliament to form a single-party government. Pushing HDP under the electoral threshold (10%) stands out as a straightforward tactic for AKP for this very reason. In order to achieve this, AKP adopted “escalation of violence” as a strategic approach. In a context where the ceasefire ended, the attacks against the PKK have intensified. As the clashes escalated, the death toll of the soldiers were made a basis for creating a systematic wave of lynchings. AKP led fascist pogroms targeted HDP buildings as well as Kurdish groups living in the Western parts of the country on one hand. On the other, Kurdish cities have been kept under military blockade and curfew. Only in Cizre, 21 civilians were massacred by the Turkish Armed Forces as well as the police. At a time when the extreme nationalist and polarizing policies are implemented in Turkey, the safety of the general elections (November 2015) is a vexing question to be considered in a serious manner. Our electorates feel under constant threat in every social space and political activity they attend. In order to maintain stability in the region, it is crucial to prevent the devastating effects of the conflict from spreading over a wider geography. For this very reason, it is extremely important for the international community to take a firmer stance against President Erdogan and the AKP government that have already lost legitimacy in the eyes of the public in Turkey. Hereby, we encourage international community who stand in solidarity, to extend their condolences directly to the peoples of Turkey– not to the state representatives who are politically and administratively responsible from the massacre.

Just after 10am this morning, twin blasts close to the central train station in Ankara exploded as people assembled for the start of a peace demonstration in the capital city.

The authorities issued a statement two hours after the explosions indicating that 30 people had died and that 126 people were injured. Later in the afternoon, according to a statement by the Minister of Health, the death toll had risen to 86, with 186 people injured in the blasts.

Amnesty International condemns the bombing, which appears to have targeted ordinary people exercising their right to demonstrate peacefully. Such attacks targeting civilians show contempt for the right to life and breach the most basic principles of international law. No individual or group has yet claimed responsibility for the attack.

At 12 midday a mass “Labour, Peace and Democracy” demonstration with the support of a wide range of trade unions, professional bodies and civil society organizations was due to start. Media reports indicate that the bombing took place in an area where many people were holding banners of the Federation of Socialist Youth Associations (SGDF), Labour Party (EMEP) and Peoples’ Democracy Party (HDP), a Kurdish rooted leftist political party.

Amnesty International calls on the Turkish authorities to conduct a prompt, impartial and thorough investigation and to bring all those responsible for the bombing to justice.

The bombings come less than three months after a suicide bombing in the south eastern city of Suruç on Turkey’s border with Syria killed over 30 people. The Suruç bombing occurred just as SGDF activists began to make a press statement about their visit to deliver humanitarian assistance to the predominantly Kurdish city of Kobani across the border in Syria.

After the Suruç bombing, further violence erupted in Turkey with Kurdistan Workers’ Party (PKK) attacks on Turkish army soldiers and police and Turkish army attacks on PKK targets in Northern Iraq and Turkey shattering a faltering peace process that had commenced in March 2013.

The Ankara bombing also comes ahead of snap elections called for 1 November following the June parliamentary elections in which no party gained a majority to form a government. A double bombing at a HDP election rally in the south eastern city of Diyarbakır two days before the June election killed four and left more than 400 injured.

(Istanbul) – Human Rights Watch expresses sincere condolences to the relatives and friends of all those who died in Saturday’s double suicide bombing in Ankara. The authorities must pursue a full investigation into this appalling act of violence which at the time of writing has killed over 95 people and injured at least 187 others who were assembling for a peace rally, organized in the capital by two trade union confederations and civil society groups.

All efforts should be made to identify perpetrators behind the attacks and bring them to justice, and to examine all possible security and intelligence failings which led to the biggest attack on civilians in Turkey’s modern history, said Human Rights Watch.

The attack on Saturday comes weeks before Turkey’s November 1 general election. Two earlier bomb attacks also targeted supporters of the Kurdish political movement and the left. Two days before the June 7 general election a bomb attack on a Peoples’ Democracy Party election rally in the southeast city of Diyarbakır caused four deaths, and a July 20 suicide bombing of a gathering of students and activists in the southeast town of Suruç left 33 dead. There are no known advances in the investigation into either attack, although the government has indicated that the extremist group Islamic State (also known as ISIS) may be responsible. 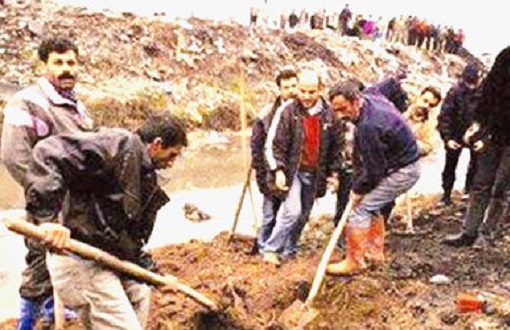 Chance for Justice, 20 Years On: High-Ranking Officer Among Those on Trial for 1990s Disappearances

A trial scheduled to begin on November 5, 2013, is an important step towards justice for widespread state-perpetrated killings and …read more > 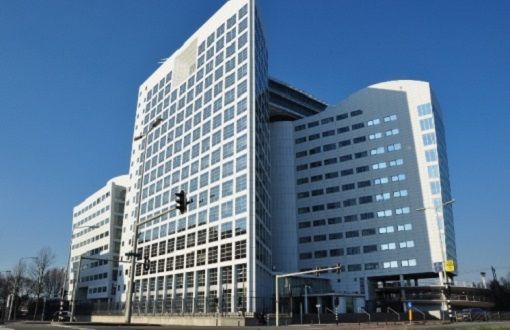 HRW issues a memorandum for the International Criminal Court assembly 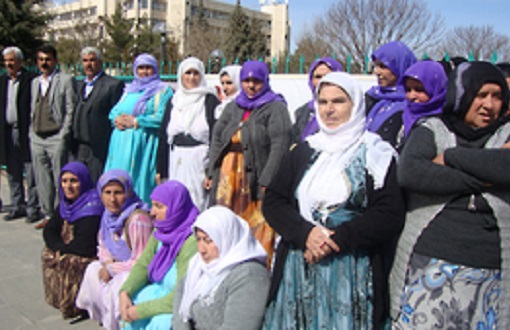