The project “Empowering Young Human Rights Defenders to Fight against Impunity” we’ve been implementing for the past 1.5 years has ended as of October 31th, 2017. In this project, in cooperation with Şırnak Bar Association, we have primarily focused on the practice of trial monitoring as a tool for fighting against impunity regarding cases of enforced disappearances and extra-judicial killings. With the project, we’ve worked with young human rights defenders in Kurdish region to support them in their efforts to uncover truth and attain justice for the crimes of extrajudicial execution and enforced disappearances committed in the 1990s. The project included components of training (transitional justice, trial monitoring), trial monitoring, legal documentation/ intervention and publications.

In Şırnak, of the 135 people forcibly disappeared during 90’s, we have identified that cases for 20 resulted in acquittal. Investigations on the disappearance of 109 are still ongoing and there are no information on any legal process for 6. We’ve made legal interventions on 3 investigations under Cizre Prosecutor’s Office regarding 44 disappeared, and 1 investigation under Silopi Prosecutor’s Office regarding 38. We have also presented 2 amicus curiaes regarding individual applications made to the Constitutional Court of Turkey.

The first training of the project focused on the theory and practice of transitional justice, with a particular focus on the practice of trial monitoring. The meeting was held in Istanbul at the beginning phase of the project for 3 days from September 30 to October 2, 2016. We targeted young human rights defenders, particularly lawyers in the Kurdish region, to equip them with relevant theory and practice to support them in their efforts on effective judicial intervention methods, trial monitoring, reporting, as well as providing opportunity for joint implementation and hands-on experience. 66 young lawyers, social scientists and media workers have joined the meeting.

During the training, Tina Gewis from the Organization for Security and Cooperation in Europe (OSCE) carried out a workshop with illustrated case examples on the method of trial monitoring that they have developed and implemented. This was followed by Deniz Yıldız sharing her experience as part of Amnesty International Turkey’s trial observation activities. At the end of the meeting, monitoring teams were formed in preparation for the trial monitoring activity to be carried out for the cases of enforced disappearances in Turkey.

Upon request from NOGs in the region, we held a second training in Şırnak on April 1-2, 2017, this time on applicable legal mechanisms in the face of recent gross violations. The particular mechanisms we’ve focused were the European Court of Human Rights and Constitutional Court of Turkey. 62 people attended this training.

The projet’s closing workshop took place in Istanbul on July 8-9, 2017, with the participation of 40 people – lawyers and victim relatives – who have been implementing the trial monitoring activities. This gathering served the purpose of an assessment regarding the project, the monitored trials and future activities.

Monitoring teams were formed interdisciplinary and voluntary. Despite the majority of lawyers, we made sure that each group included at least one journalist and one social scientist. Furthermore, we have added a permanent drawing artist to all groups, to better transmit the feeling tone of the trials. The teams implement their monitoring activities in line with the guidance of OSCE’s manuel Trial Monitoring: A Reference Manual for Practitioners, which is translated to Turkish by Hafiza Merkezi as part of the project. Click here to download OSCE’s manuel.

All the reports have been published on and disseminated from Hafıza Merkezi’s trial monitoring website www.failibelli.org.

Two reports have been published within the scope of this project. The first report is called “Trial Monitoring: State and the Citizen in Courtroom” aims to introduce trial monitoring as a concept and practice to the civil society audience in Turkey. It introduces the practice within the larger frameworks like international criminal justice, impunity, right to truth and gross human rights violations. It continues with the historical development of the concept and different case studies from around the world, and finally focuses on the trial monitoring activities implemented by Hafıza Merkezi since 2015, and their findings. The second publication is a translation from International Commission of Jurists called “Enforced Disappearance and Extrajudicial Execution: Investigation and Sanction”. This report was first published in Spanish, and translated to English by ICJ as part of their Practitioners’ Guideline series. It explains the states’ obligation to effectively investigate, prosecute and punish the perpetrators in proportion to the crime, with regards to the crimes of enforced disappearance and extrajudicial execution, with references both from international case law and doctrine, as well as national court practices around the world.

Drawings from the Court 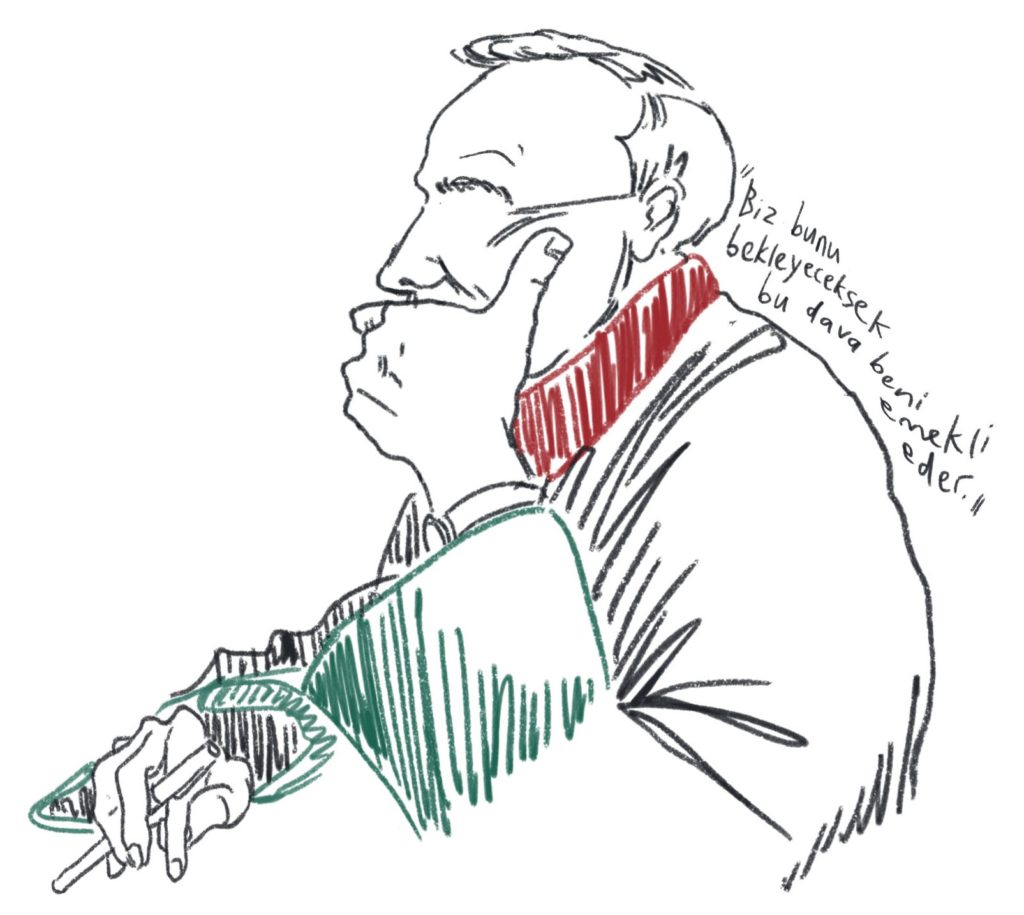 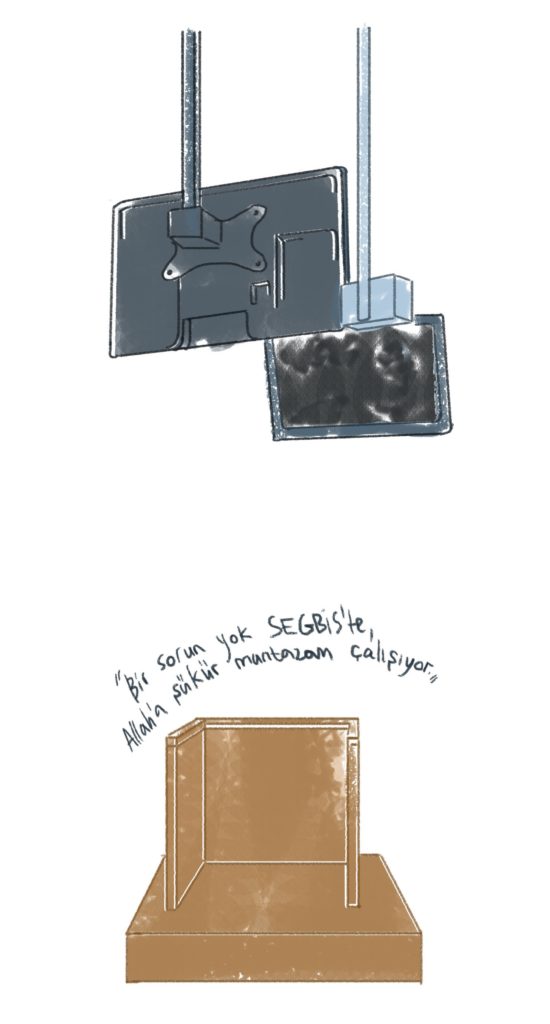 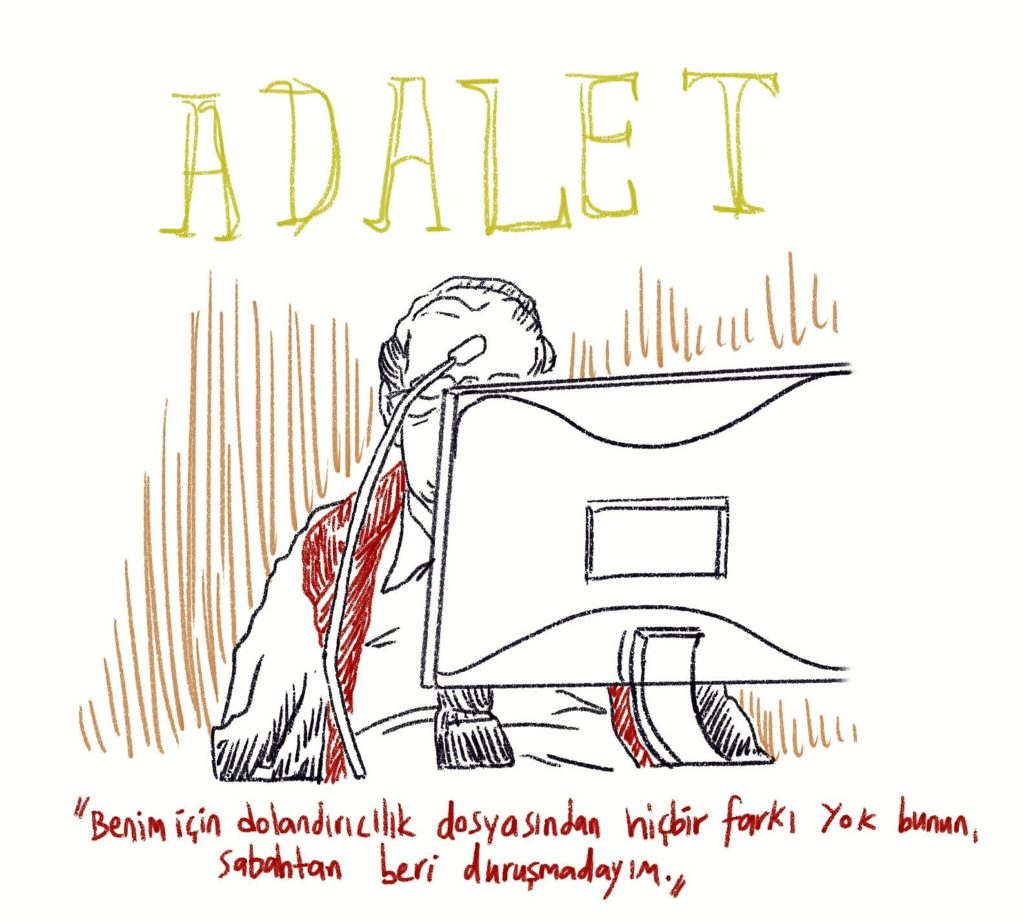 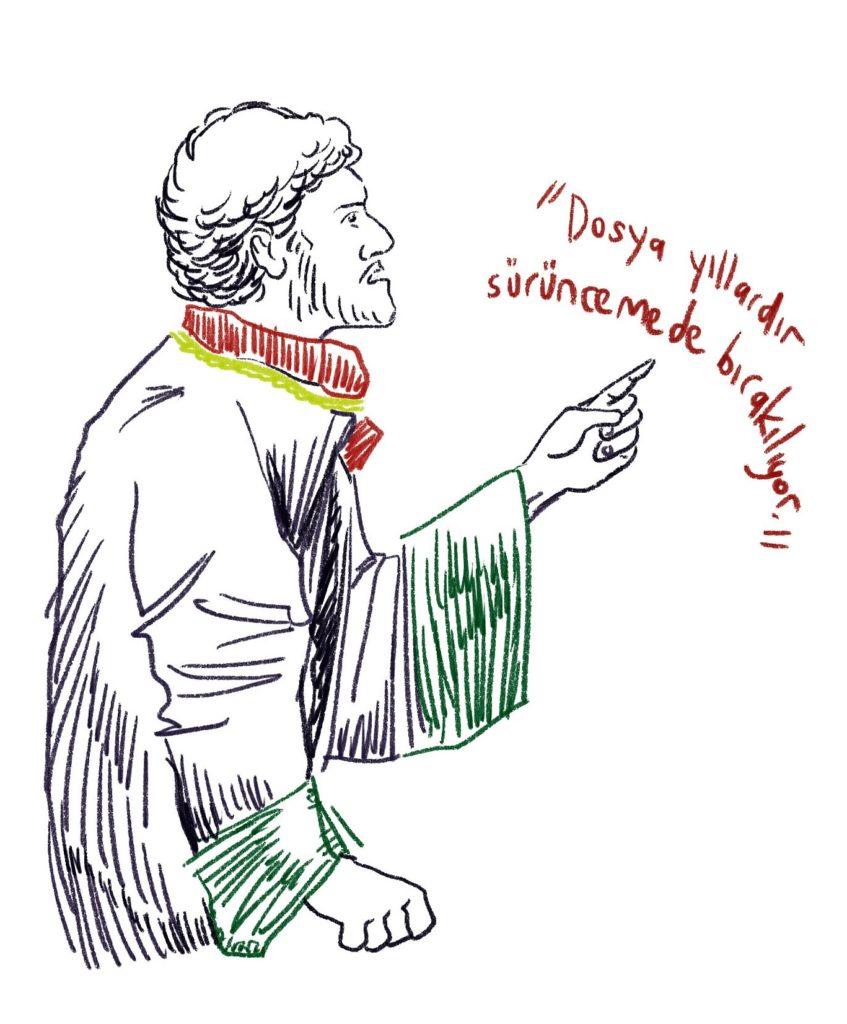 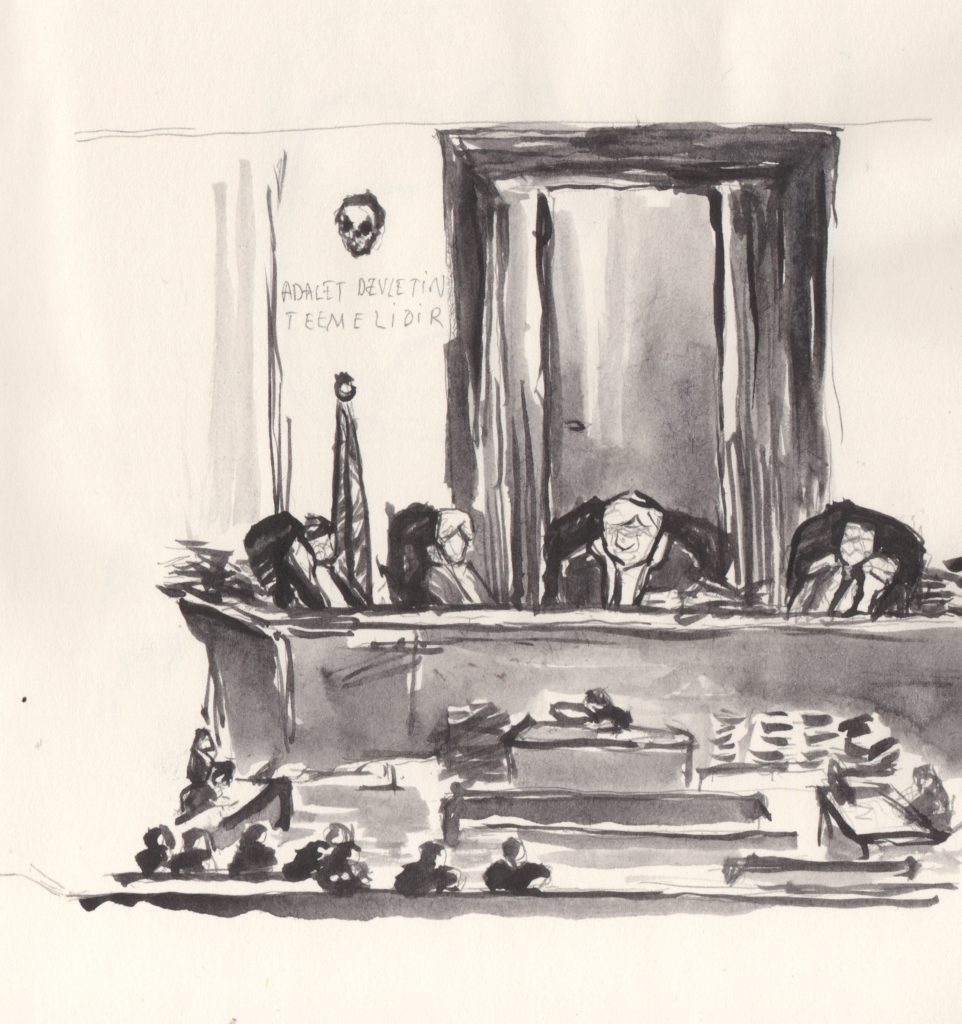