Mehmet Ağar today enters cross-examination for the unsolved murders that took place in the 90s. Özgür Sevgi Göral, a founder and program manager at the Truth Justice Memory Center, whose work focuses on enforced disappearances in the ’90s, wrote the following article about Mehmet Ağar’s role during this period for Agos. Kenan Bilgin was taken into detention on the morning of 12 September 1994 at a bus stop in Dikmen, Ankara. Later, an unidentified person called his brother İrfan Bilgin three times, and told him that his brother was being held in Gölbaşı along with three other persons, and that he was in a critical state following the torture he was exposed to.

Despite all the efforts of his family and the Human Rights Association Ankara Bureau, no news was to be received from Bilgin. The family contacted 10 witnesses who were also held in detention at the Ankara Police Department from 12 to 27 September, saw Kenan Bilgin in detention, and witnessed him being tortured, and collected their written testimonies; re-applied to the Prosecutor’s Office, and filed a complaint about police officers on duty at the Ankara Police Department Anti-Terror Branch.

In the lawsuit that was filed, a lawyer, too, stated that he had seen Kenan Bilgin in detention, and that Bilgin had told him that he had been held in detention for 22 days, that he believed that the police intended to forcibly disappear him, and asked him to inform his family. The Police Department denied that Kenan Bilgin had been detained, no outcome whatsoever came from domestic judicial procedures; and the justice system protected the perpetrators like a shield. At the time when Kenan Bilgin was taken by civilian [undercover] police officers, Mehmet Ağar was General Director of Security.

Atilla Osmanoğlu was a storekeeper in Diyarbakır. On 25 March 1996, around 11 am, Atilla Osmanoğlu’s father Muhyettin Osmanoğlu came to the store, and saw two men forcibly take his son out of the store. The men were carrying firearms and wireless radio handsets. They told Muhyettin Osmanoğlu that they were police officers, that they were taking Atilla to the Police Directorate to propose him a contract for canteen services at the Police Directorate, and that they would bring him back in half an hour.

As they left, they also took a box of sugar cubes and a kilogram of tea. No news was received from Atilla Osmanoğlu in the aftermath of this incident. His father repeatedly applied to the Governorate and the Prosecutor’s Office, but he received no reply whatsoever. On 4 July 2005, former JİTEM [Gendarmerie Intelligence and Counter-Terrorism Organization] member Abdülkadir Aygan, whose confessions were published in Özgür Gündem newspaper, recounted in detail the incident of the abduction and murder of Atilla Osmanoğlu. Aygan stated that Atilla Osmanoğlu had been abducted by JİTEM, that his head was crushed with a hammer by Cindi Acet – who was also known as Koçero – in order to prevent the identification of his body, and that he was then hurled into an oil tanker on the Cizre-Silopi highway leading to the Habur Border Gate.

With the efforts of his family and the Human Rights Association Diyarbakır Bureau, a [formal] identification [procedure] was carried out on a body that had been interred in the Silopi Common Grave and believed to be Osmanoğlu because of the interred person’s clothes; however, an exact identification could not be made because of the mutilation carried out especially to the face by torture. At the time when Atilla Osmanoğlu was abducted and murdered, Mehmet Ağar was Minister of Justice.

Halil Birlik worked as a tradesman in Silop, and in 1996 began to do business with Iraq, too. A while later, rumours began to circulate in the district that his name had been added to the death list. On 7 November 1997, around 07.30 am, he set out from his home in a taxi cab with his brother-in-law Mehmet Bilgeç in order to go to Iraq, and no news was received from either of them after that point. An eyewitness told his family that after they completed their checkout at the Habur Border Gate, their vehicle was stopped by a squad [car], and that Halil Birlik and Mehmet Bilgeç were detained, while he was released.

The Birlik and Bilgeç families applied to the Silopi Police Directorate and Gendarmerie Command, however, they received the same answer from them both: “We do not have them, they are registered as having crossed into Iraq.” During the first few days the families met with incumbent Silopi Mayor Neşet Öktem, a member of the DYP [True Path Party], and DYP Şırnak Member of Parliament Mehmet Tatar; both said they could do nothing. Yıldırım Beyler, who worked as interpreter for JİTEM from 1992 to 1995, and later within the Turkish Armed Forces, and in 2009 spoke to the Cihan News Agency, stated that the names of the two businessmen had been added to the execution list by Combat Search and Rescue Unit Battalion Commander Mustafa Levent, was during those years this unit served under the Special Forces.

Beyler told the news agency that he had stopped the vehicle of the two businessmen on the 48th Bridge over Hezil Brook, used to cross over into Iraq, took them into his own vehicle, and handed them over to Mustafa Levent Göktaş, known locally as Captain Mete; that they were executed following their interrogations and buried in the Ateşalan area. Following these confessions, excavations were carried out in the aforementioned area with the efforts of the families and the Şırnak Bar Association in February 2010, however no traces could be found [1]. At the time when Halil Birlik and Mehmet Bilgeç were forcibly disappeared, Mehmet Ağar was Interior Minister.

These were years during which thousands of people were forcibly disappeared and executed, state-of-emergency region governors possessed unlimited powers, ‘gallant district governors’ joined army forces in military operations to capture PKK guerrillas, prosecutors crumpled up petitions of relatives of the disappeared and tossed them into the waste basket, guerrilla funerals were dragged through the streets to intimidate [the local population] and police officers held rallies during which they chanted the slogan ‘Damn Human Rights!’…

On 11 July, Friday, Mehmet Ağar will be asked questions about his actions on the basis of [former JİTEM member and confessor] Ayhan Çarkın’s previous testimonies. Asking only about the fate of Kenan Bilgin, Atilla Osmanoğlu and Halil Birlik and Kamil Bilgeç would make 3 questions, but there are thousands of persons who suffered a similar fate, and therefore thousands of questions one could ask Ağar. As someone who once said, ‘We carried out a thousand operations for the State’, Ağar is unlikely to be surprised.

There are thousands of destroyed bodies belonging to the people murdered throughout the 90s, their perpetrators remain untried, those responsible have not been held accountable. There should be no doubt that the ‘total war’ concept of the 90s was based and constructed upon these destroyed bodies, their untried perpetrators, and the broad social consensus that supported this concept. Today, a confrontation [reckoning] with the past can only begin by holding the perpetrators to account.

New laws to be issued can be meaningful only if we confront [reckon with, settle our accounts with] the political and legal remainder [balance] of the period of total war, a remainder that continues to influence the present. For it is only a confrontation of this nature that can question the continuity between the 90s and the present day, break the shield of impunity and act as a force for structural solutions. Only then can we place a distance between the unjust order of the past and ourselves. Without the questions to be asked Mehmet Ağar, and the answers he gives, however much we ‘write off each other’s debts’, however much we ‘reconcile’, it will all fall short. (Agos)

[1] For detailed stories [testimonies] of the forcibly disappeared see www.zorlakaybetmeler.org

New State Policy Aims to Cover up Atrocities in 1990s! 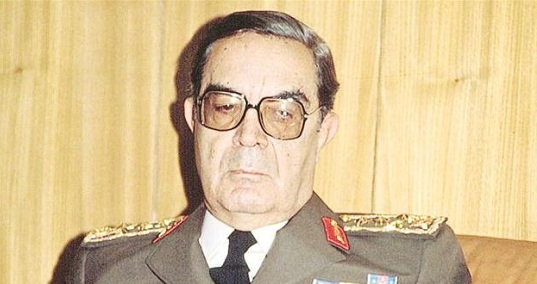 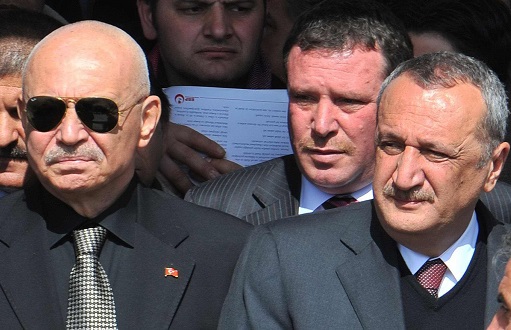 Türker Karapınar, a reporter for Milliyet daily newspaper, wrote an article on the indictment put together by The Chief Prosecutor …read more >