During his questioning, Yalman acknowledged the existence of JITEM. He stated that while he was on active duty, he brought all units together in Ankara in order to investigate this issue and said he realised that JITEM was a vertical intelligence structure.

Aytaç Yalman said he “thinks a structure as such to be wrong” and that he gave orders for it to be turned into a more horizontal one. He also stated that JITEM was connected to the Gendarmerie Director of Intelligence until that date.

Regarding the “Return to Life” operation, retired General Yalman expressed that the decision was made by the government and the National Security Council and that he gave the orders himself. Yalman said “I was not personally the head of the operation. I gave Gendarmerie the necessary orders. The operation was carried out by the Gendarmerie Regional Commands”.
Yalman also pled that firearms were used “to break the resistance”.

* In December 2000, 10.000 Turkish soldiers occupied 48 prisons, under the operation later named “Return to Life,” in order to end hunger-strikes against F-type prisons by political prisoners.

** JITEM (Gendarmerie Intelligence and Counter-Terrorism in English) is the intelligence agency of the Turkish Gendarmerie, which is claimed to have been active in Turkish-Kurdish conflict. 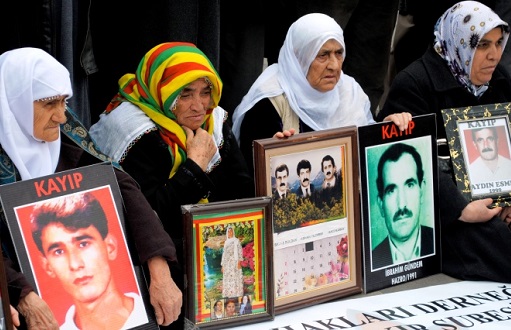 Emel Ataktürk On 30 August, the United Nations International Day of the Victims of Enforced Disappearances, we invite Turkey to …read more >