Hakikat Adalet Hafıza Merkezi (Hafıza Merkezi, engl. Truth Justice Memory Center) held a two-day workshop entitled “Mapping Enforced Disappearances and the Missing in the Caucuses, Middle East and North Africa.” NGO representatives from Armenia, Russia, Georgia, Syria, Iraqi Kurdistan, Iran, Lebanon, Egypt, Algeria, Cyprus and Turkey who work on enforced disappearances and the missing participated to the workshop. Participants presented on the past and contemporary situation of issue in their countries. Each presentation focused on the political background of the practice of enforced or involuntary disappearances, the time periods, targeted groups, perpetrators, essential characteristics of the crime and steps that have been taken in order to come to terms with these crimes.

The aim of the workshop, which was designed as a working group meeting, was to create a regional awareness on and partnership for the contemporary forms of enforced disappearances and the missing in the countries of the region. With this aim, the decision to prepare a comparative publication/map with a regional perspective on the practice of phenomena in each country was taken as a result of the presentations given by each country during the workshop.

Participants from 12 countries from Caucasus, Middle East and North Africa made 18 presentations on the thematic issue of enforced disappearances and the missing. Below, you’ll find presentation documents that were available for 13 of these presentations. 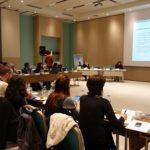 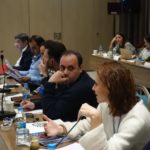 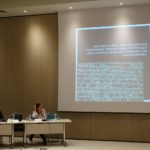 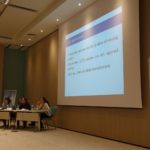 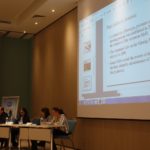 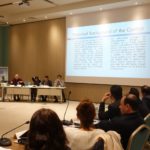 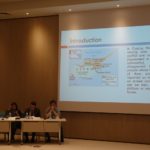 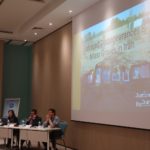 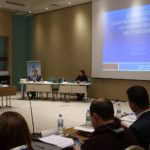 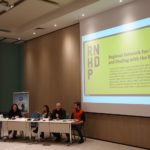 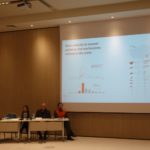 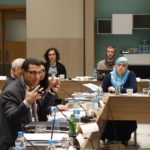 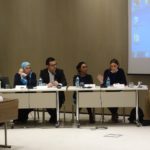 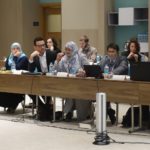 Zeynep Ekmekçi of Medyascope TV conducted short interviews with the workshop participants. Below, you can find the interviews conducted with Shadi Sadr from Justice for Iran, Riham Wahba from Egyptian Commission for Rights and Freedoms, Justine Di Mayo from Act for the Disappeared and Jeremy Sarkin from South Africa University, who is a former member of the Working Group on Enforced or Involuntary Disappearances of the UN.

The Regional Map of Enforced Disappearances and the Missing

As stated above, we plan to create a regional map of enforced disappearances and the missing as a solid outcome of this process initiated by the workshop. We think that such a map will be a useful tool to underline the importance of the problem and make use of opportunities for collaboration between actors who stand up for this issue in various countries.

Even though enforced or involuntary disappearances were mostly associated with military dictatorships in the past, it has now become a global phenomenon seen in a number of internal conflicts, especially after 9/11. Contrary to this trend, we see a decreased sense of urgency for the issue within the international human rights community. For both national and international mechanisms, the positive outcomes of the struggle for truth and justice, which has been going on for more than 40 years, cannot be underestimated. On the other hand, enforced or involuntary disappearances, as well as their past legacy and ever-changing contemporary dynamics continue to be dire problems.

In their yearly 2016 report, the Working Group on Enforced or Involuntary Disappearances (WGEID) noted that there is a worrying increase in the number of enforced disappearances across the globe. WGEID added that in this period, reports of 766 new cases of disappeared persons from 37 countries were received, the organization followed urgent procedures for 483 of these cases and this number is three times higher compared to the previous year. In its report, WGEID stressed that “short-term” enforced disappearances are an increasing trend in many countries including Egypt which is a worrying example. Considering these new trends of the crime and its unresolved burden coming from the past, we think that the mapping process aimed by the workshop will not only be an evaluation, but also provide an opportunity to discuss the issue with its past and contemporary manifestations.

Another rationale behind the idea of mapping is the fact that differing contexts of countries where advocates of truth and justice operate make it difficult for them to see opportunities for collaboration beyond borders. Lebanese Civil War Between 1975 and 1990, Nagorno-Karabakh War in the Caucuses, the violent atmosphere in Cyprus during the 1960s and 70s, the dark days of Turkey in the 90s, the Algerian Civil War between 1992 and 1998, and today’s repression in Egypt and the international war in Syria, all of these examples point to unique contexts which make it difficult to develop partnerships beyond borders. Yet, as in many rights violations, enforced disappearances are methods of repression which are developed by states learning from each other. For this reason, as states learn from each other, the struggle of those, who fight against these policies, should also be international in scope as much as possible.

For these reasons we think that preparing a regional map of enforced disappearances and the missing is a valuable effort for the Regional Network for Historical Dialogue and Dealing with the Past (RNHDP) which encompasses the Caucuses, Middle East and North Africa. We see this activity as a humble, but important start for moving from shared experiences to collaborations. We expect that the map will answer the following questions for each country:

GUIDING QUESTIONS FOR THE REGIONAL MAP

The situation of enforced or involuntary disappearances

Have any steps been taken to address the topics below?

Activities of your organization

The Regional Network for Historical Dialogue and Dealing with the Past 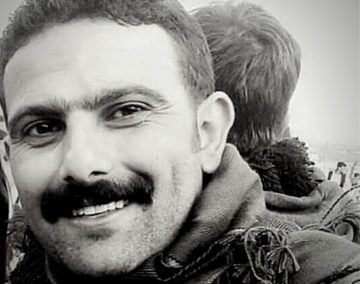 We, the undersigned, Are deeply concerned about the whereabouts of Hurşit Külter who is incommunicado since May 27th 2016. We …read more >