This article by Kaya Genç was published in Literary Hub on January 31, 2020.

Kırklareli is an unassuming city. It is a big change from Cihangir, the heart of artistic Istanbul, and the place of colorful coffeehouses, where famous leftists and intellectuals hang out. Kırklareli is located on Turkey’s border with Bulgaria. It is famous for its monuments, mosques and fountains. If you asked a local to show you some tourist attractions, they would probably point to a bridge from the 17th century. It is called Babaeski. They could also point to Hızırbey, a 14th-century mosque recently restored. Or they could recommend the city’s graveyard.

During Byzantine times, Kırklareli was known as Saranta Ekklissies, the City of Forty Churches. Then the Turks conquered Istanbul. Mehmed the Conqueror ordered a foundry to produce cannons. He used those cannons to take Istanbul away from Christian hands. Murat Çelikkan, a journalist who has devoted 25 years of his life to journalism, did not know about this history before he arrived there. He came to serve an 18-month jail sentence.

Çelikkan is the most cheerful journalist I know. He is also the most conscientious. His roaring laughter is famous among Turkey’s investigative journalists. Çelikkan has commissioned and edited their work over many years. When one comes across Çelikkan in Cihangir, where he lives, he strikes one as a big character. His face is red with the joy of the latest joke he has told. His lips reveal a mischievous smile.

But on the morning of September 16, Çelikkan woke up in his cell at Kırklareli Penitentiary. He thought of grimmer subjects. He realized how much he had learned during his time there. It was only 7:40 am according to his wristwatch. Smartphones were not allowed in prison. So he went back to using his beloved watch. 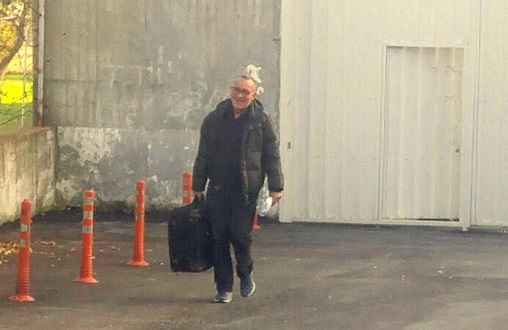 Murat Çelikkan is back with us!

We are extremely happy to give you the good news that, after 68 days of imprisonment, our beloved co-director, rights defender …read more >