Regional Kurdish Question in a Global World: Mentalities, Policies and Geopolitical Dynamics is the third publication of a series of analysis reports that we commissioned as the Truth Justice Memory Center. Each publication in this series deals with various dimensions of the Kurdish issue such as decentralization, the search for truth, and regional dynamics, adopting a comparative perspective to view the Kurdish issue in relation to other peace processes around the world. Scholar Yasin Sunca’s study discusses the internal dynamics of the “Kurdish political space” and how these dynamics have transformed since the beginning of 2000s while taking the geopolitical dimension into account.

On the occasion of the publication of this report, we are organizing an online webinar where Sunca will present the study and open his findings to discussion. We hope that this discussion will contribute to the understanding of the Kurdish question in a more holistic manner.

*Simultaneous interpretation will be provided during the event.

Dr. Yasin Sunca worked closely with the European institutions and different NGOs and parties on issues such as the Middle East, Turkey, and the Kurdish question until 2017. He completed his master’s degree in Political Science at the Université Libre de Bruxelles in 2013. In 2020, he was awarded a joint PhD in political science and sociology from the University of Gent (Belgium) and the University of Bielefeld (Germany). He has taught undergraduate and graduate courses on nationalism, global politics and the history of revolutions. As a postdoctoral researcher at the University of Bielefeld, he conducts research on Kurdistan, Chiapas, Western Sahara, and Tamil Nadu in the context of coexistence, nationalism, and colonialism. His work focuses on the Middle East and the Kurdish question in global politics, nationalism and internationalism, the nation-state and its dilemmas, and the history of revolutions.

Güney Yıldız is a London-based researcher, journalist and PhD candidate, focusing on Turkey, the Middle East and the Kurds. He currently works for Amnesty International as the organisation’s Turkey Researcher and pursues a doctorate at the University of Cambridge on political mobilisation by armed non-state actors in the Middle East. Guney also spent the past 13 years as a journalist at the BBC News and worked at the UK Parliament as a Specialist Advisor to Foreign Affairs Select Committee, providing expert advice on Turkey and the Middle East. He had also completed fellowships at the German Institute for International and Security Affairs (SWP) and the European Council on Foreign Relations (ECFR). He has visited the region on a regular basis, meeting with officials and experts from Turkey, Western nation states, and Iraqi Kurdistan.

Truth Justice Memory Center would like to thank the Olof Palme International Center, Oak Foundation and Sigrid Rausing Trust for their financial support for this report and the research that constitutes its basis. All rights reserved. Except for quotations within the limits of fair use that indicate the source, all kinds of use are subject to the prior permission of the right holders and the publisher. 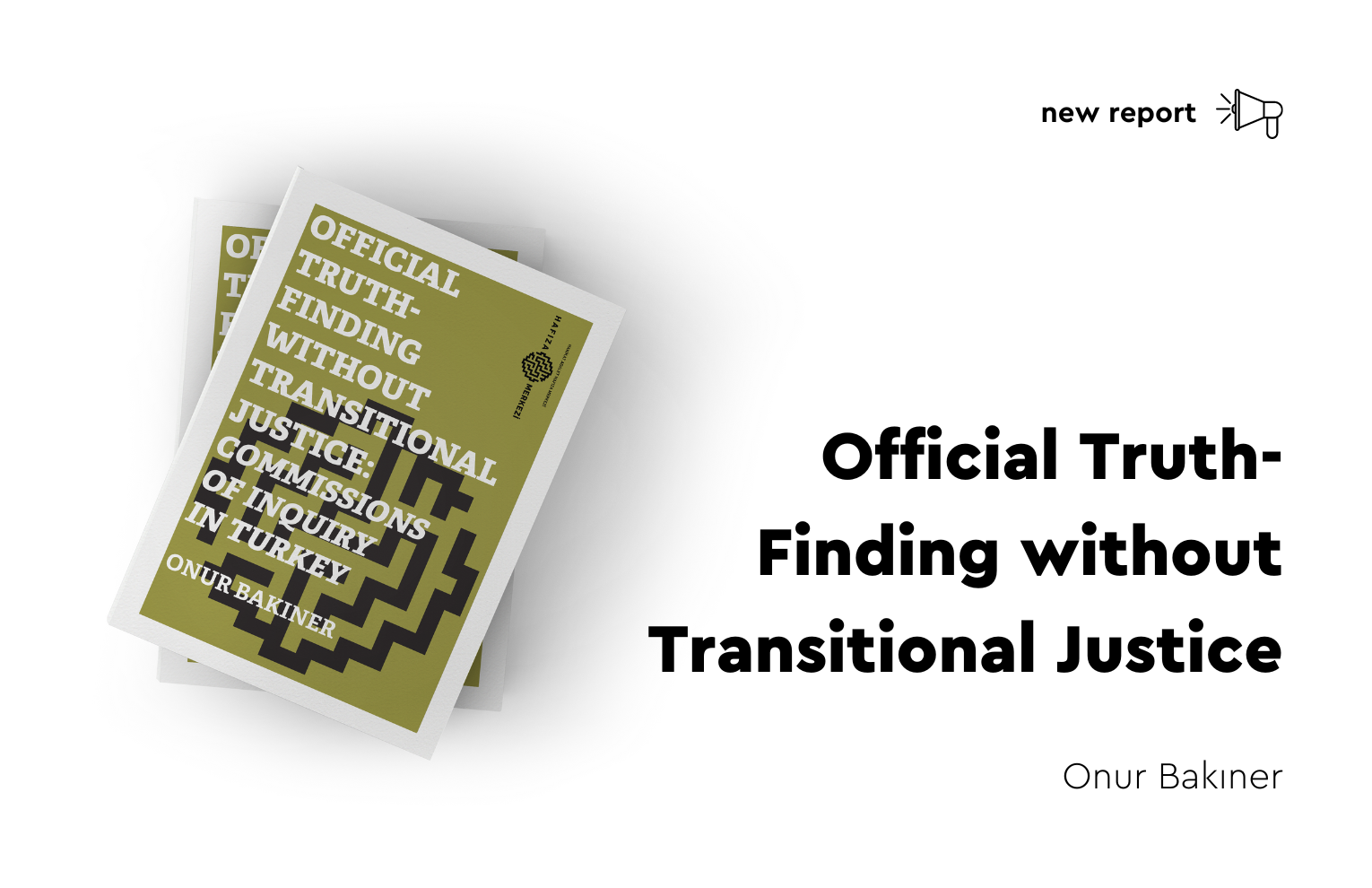