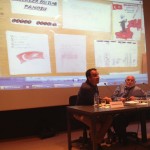 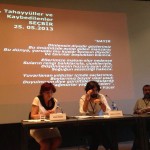 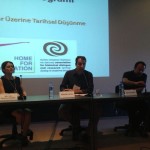 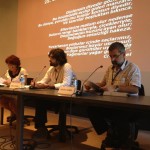 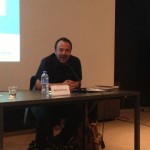 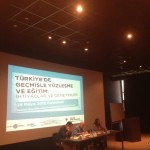 In the symposium we opened discussions on the following questions:

You can view the symposium announcement here.

Kenan Çayır from Seçbir and Meltem Aslan from the Hafıza Merkezi spoke on the first panel, which was chaired by Aydın Uğur from Istanbul Bilgi University’s Sociology Department. In his presentation, titled “The Role of Education in the Peace Process: Forgetting, Remembering, and Confronting?”, Çayır focused on the role of education in the construction of peace and confronting the past. Aslan, whose presentation was titled “Transitional Justice Mechanisms in Confronting the Past,” emphasized the importance of transitional justice mechanisms, particularly truth commissions and memorialization, in terms of the demands of victims and democratization.

The second panel, titled “Memory and Confronting the Past from Various Disciplinary Perspectives,” was chaired by Emrah Gürsel from the Center and featured sociologist Neşe Özgen from Mimar Sinan University of the Fine Arts. Her talk, titled “‘The Disappeared’ and Imagining the Homeland in Textbooks from a Historical Perspective,” was about the geography textbooks used by the Ministry of Education. Bülent Bilmez from Istanbul Bilgi University and from the History Association gave a talk that brought a critical perspective on the concept of “accounting”: “The Thorny Paths of Confronting and Accounting for Our Recent History: On its Ways, Procedures, and Goals.”

The last panel featured two presentations concerning projects conducted for the purpose of developing a culture of peace in the field of education. Meltem Onurkan Samani from the European University of Lefke spoke on behalf of the Historical Dialogue and Research Foundation (AHDR) in Northern Cyprus about its efforts to create a teacher handbook concerning the disappeared from both societies on the island, as well as shared the foundation’s other projects. Mutlu Öztürk, who is a teacher at Notre Dame de Sion French High School and serves as an expert for several NGOs, presented on “Memory at School, the School in Memory: Thoughts on a School of Peace,” in which she discussed the concept of a “school of peace” in relation to Turkey’s schools.

Prior to the afternoon symposium, a workshop was held for a group of 25 teachers and educators. In the workshop, coordinated by Alev Tuğberk from AHDR, participants examined the handbooks prepared for teachers to explain the phenomenon of enforced disappearance in Cyprus. [1] The workshop, which focused on the applications of the handbook, also featured discussions over the problems of using education to confront the past as well as how to overcome these obstacles.

[1] You can access AHDR’s education materials through the following link:http://www.ahdr.info/educational_materials.php

[2] A significant portion of the costs for the symposium were provided by Istanbul Bilgi University, while the rest was provided by the Open Society Foundation.
[3] You can download the biographies of the speakers at the symposium here. 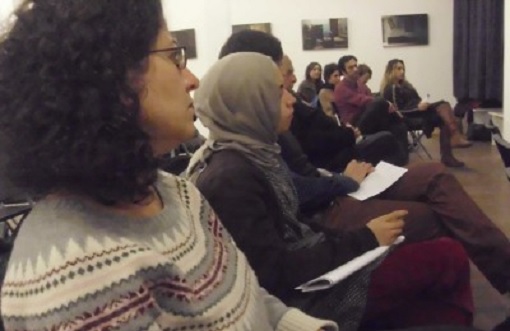 Looking for own child in Atacama desert

Patricio Guzman’s “Nostalgia for the Light” was shown at DEPO as a part of Satur-Dox Documentary screenings. Özgür Sevgi Göral …read more > 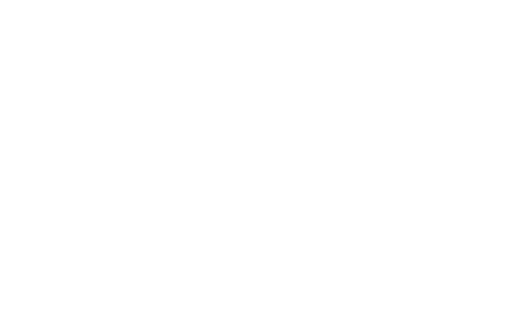 Documentation training for activists from Afganistan and Nepal

ICTJ and USIP organized documentation training with the support of Truth, Justice, and Memory Studies on August 15 – 19, …read more >